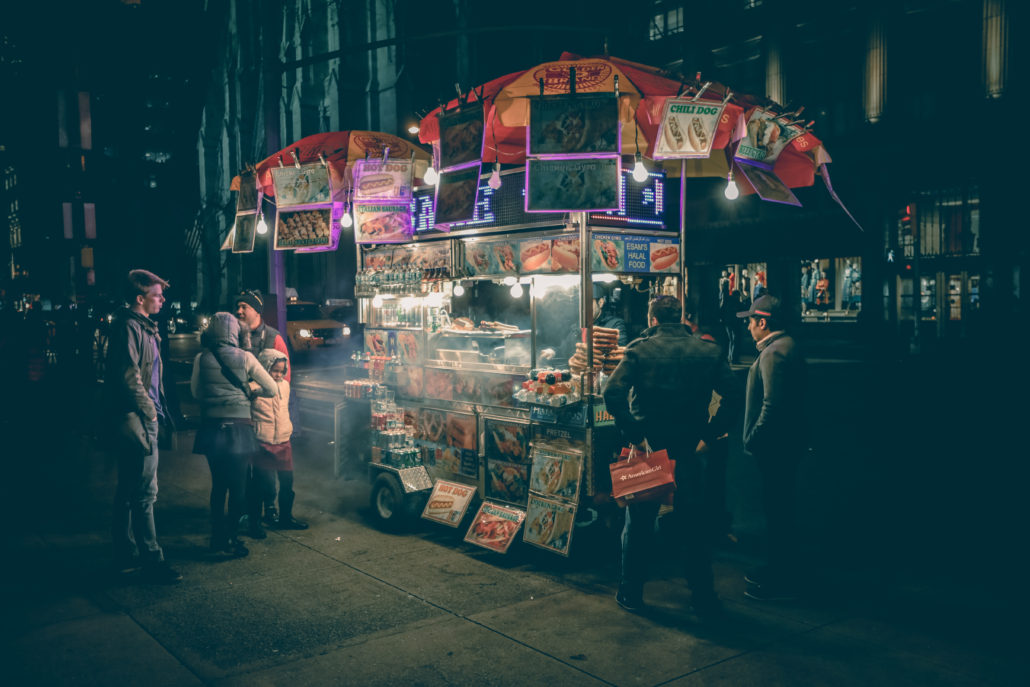 Street vendors in New York City took to the street last September not to sell goods, but to protest against the onerous regulations imposed on them by New York city council.

The regulatory burdens of street vending are somewhat similar to that of taxis. Obtaining a permit can be arduous, it acts as a barrier to entry to those who need opportunities the most, while protecting industry insiders. For potential vendors who do make it over the regulatory hurdles, they are added to a waitlist, which could last for years as they only move up when permits become available.

The vendors protesting these regulations wanted more permits under the city-imposed cap, the freedom to set up shop where they deem has the highest customer potential, and for cops to back off of excessively ticketing them. All are issues created by government on an industry that can self-regulate. If New Yorkers don’t want to give their money to a particular vendor – for whatever reason they choose – there are always alternatives mere feet away, that is the beauty of the free market.

Since NYC implemented strict limits on food carts and trucks in the 1980s, at the behest of the restaurant industry, a black market for vendor permits has arisen to fill that government-created need.

This black market provides a hefty benefit for middlemen peddling permits. Crain’s estimates that the street vendor permitting market is worth $15-20 million a year.

When the number of permits was capped some permit holders, who no longer wanted to be in the business, realized that it would be more lucrative to maintain an active permit and “lease” it to other vendors than to let it expire.

A holder pays $200 every two years to maintain an active vendor permit. They will then find a person seeking a permit and charge them tens of thousands of dollars to “lease” it. Currently, permits can cost as much as $20,000 for a food cart and $30,000 for a food truck, an absurd amount to pay for a potential vendor looking to break into the business.

Out of the roughly 3,000 legal permits in existence in the city, it has been estimated that 70-80% of them are being used by someone other than the permit holder.

To emphasize the need for the black market permitting scheme, only about 50 legal permits become available any given year. In 2007, the city opened a wait list with an initial sign up of 2,500 spots, today 1,700 still are waiting.

The costs of obtaining black market permits, and the difficulty of obtaining a legal one, make you wonder if the industry is even worth the cost of entry.

An Institute for Justice report, Upward Mobility, found that vendors in NYC contributed over $190 million in wages paid and contributed $71.2 million in local, state, and federal taxes, so it certainly pays.

Even in Los Angeles – which just recently legalized street vending – the market has been lucrative.

Since the L.A. ban was seldom enforced there were about 10,000 food vendors citywide before legalization. It is estimated that these vendors do about $500 million in business annually.

The Street Vendor Modernization Act – SVMA – contains a number of reforms, but it also creates an additional enforcement arm for law-breakers

SVMA doubles the number of permits over a seven-year period, equating to roughly 600 permits a year, and sets 5% aside for veterans and disabled New Yorkers. It will also gradually increase the cost of permit applications from $200 to $1,000, five-fold but still cheaper than a black market permit.

Every other reform in this proposal – aside from doubling permits – is a significant growth of government.

While it is an earnest attempt, SVMA embodies the exact problem found in every level of government, especially municipal government – the belief that only more government can solve the problem.

A less complex, and more effective solution would be to do away with the cap on permits entirely. It would not only allow for increased competition in the market – to the consumer’s benefit – but, it would also remove the need for NYC council to create two new government entities.

As long as vendors are adhering to health and safety regulations, they should be free of further government intervention. If the market does not find a need for the service, location, or burgeoning number of vendors, it will adjust accordingly.

The only thing that these regulations accomplish is limiting access to a market that many entrepreneurs want to enter, while protecting the interests of a select few.

Street vending is something that is not only at the core of NYC, but of most major cities in this country. It has a long history of being the path to sustainability for immigrants who sought to create their own path to employment, and is currently growing in popularity with millennials, both as consumers and entrepreneurs.

Street vendors in NYC, with the help of their advocacy group the Street Vendor Project, have made some gains when it comes to fighting these draconian regulations. In 2013, they won the battle to have the maximum ticket for vendors reduced from $1,000 to $250. Hopefully, that same coalition will be ready to fight for economic opportunity when it comes to this policy proposal.

Street vending should be less cost prohibitive than brick-and-mortar stores, and an opportunity for anyone willing to put in the work. But, urban governments’ desires to regulate and cater to the restaurant industry is slowly killing a once prosperous opportunity for budding entrepreneurs.

Municipal policymakers across the country, who often talk about lack of opportunity for the low-income residents in their city, should understand that these regulations only harm the people they claim they want to help. To restore the entrepreneurial attitude and promise of cities, local governments need to do away with unnecessary tax and regulatory schemes that provide little benefit for the people living or working there.