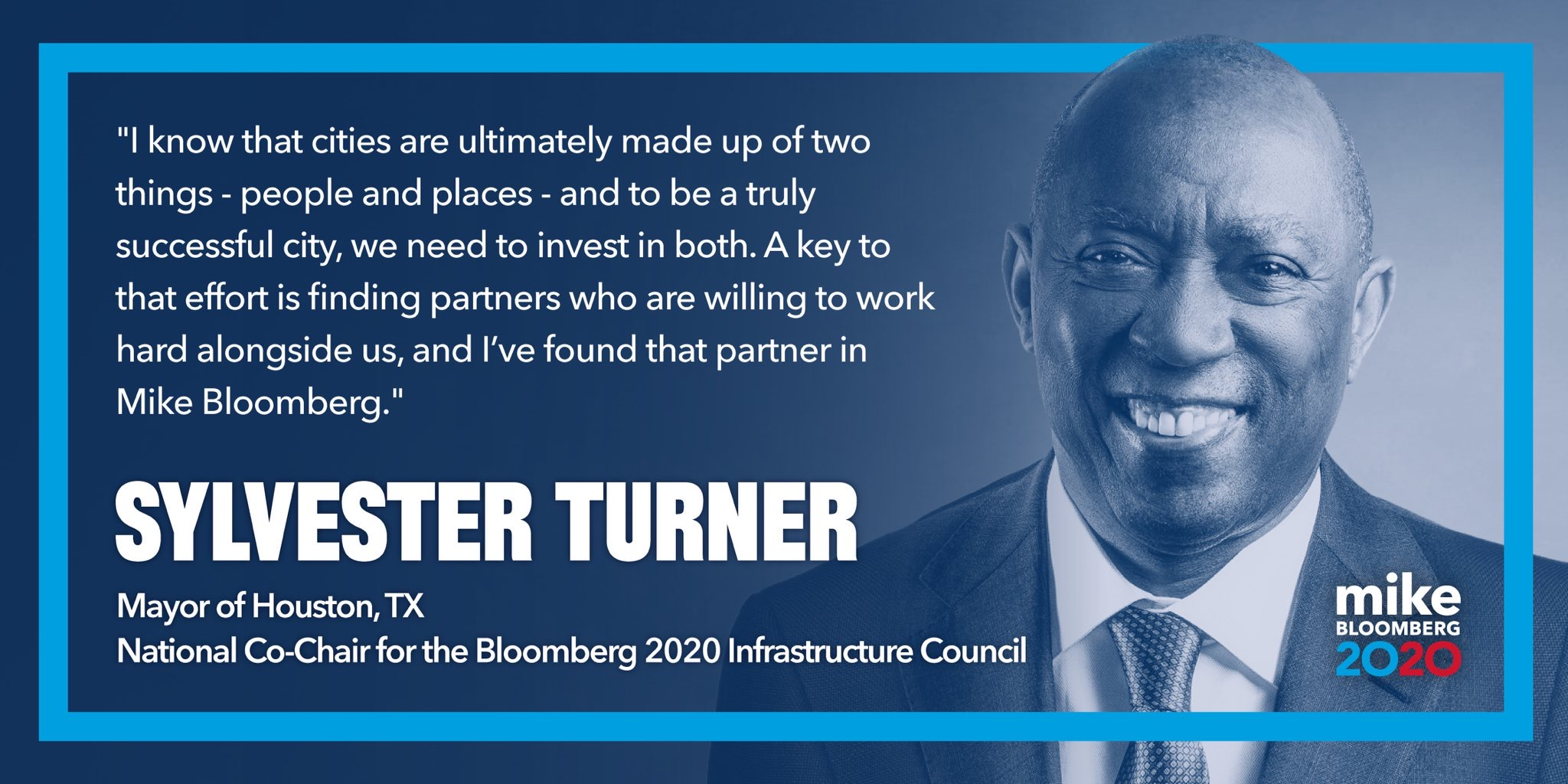 Ahead of a Thursday stop in Houston to launch his “Mike for Black America” initiative, presidential candidate Michael Bloomberg received the endorsement of Houston Mayor Sylvester Turner.

The endorsement comes after a tough week for Bloomberg who has been criticized after an audio recording surfaced of making racially charged comments about his stop and frisk policy while serving as Mayor of New York.

“95% of your murders and murderers and murder victims fit one M.O. You can just take the description and Xerox it and pass it out to all cops. They are male minorities 15 to 25,” he said in the recording.

In a statement, Turner said he supports Bloomberg because “we need a president who knows how cities run and who will help create economic opportunity for all.”

As mayor, Mike embraced New York’s diversity and made smart investments that brought better infrastructure and greater opportunity to all five boroughs. We need a president who knows how cities run. It’s why I’m proud to endorse Mike for president, and I look forward to sending him to Washington in November.

Turner is also slated to help with the launch of Bloomberg’s Black America initiative which is made up of an organizing effort to help his campaign as well as engaging Black communities on issues important to them. He was also named national co-chair for Bloomberg’s Infrastructure Council to assist in developing strategy and policy.