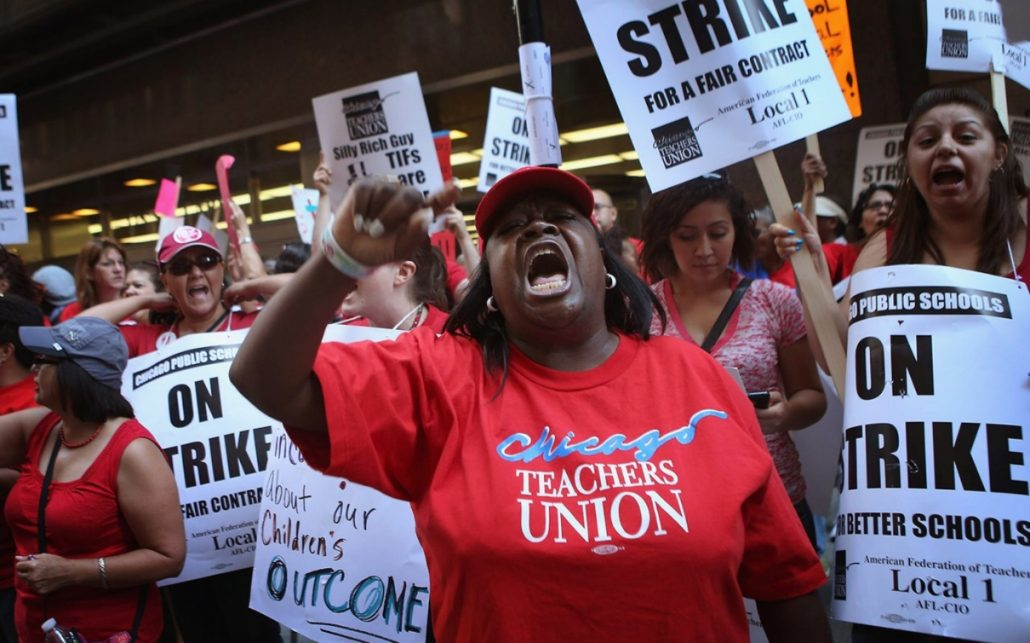 Despite the state’s reputation as a conservative bastion, the Republican speaker of the Texas House refused to pass a number of conservative reforms during the regular biennial legislative session. As a result, the state’s governor has called lawmakers back for the first “special session” since he was elected as governor.

Gov. Greg Abbott called the legislature back after conservative fallout, spurred by legislative inaction, following the close of the regular session.

Items like ethics reform, property tax reform, school choice, and the renewing of a commission that ensures doctors in the state remained licensed were left unaddressed, mostly due to a House blockade under the leadership of Speaker of the state House Joe Straus.

One of the twenty legislative items on the governor’s list is reforming public employee unions dues collection. Currently public unions in the state enjoy the luxury of having state agencies deduct their members’ dues from payroll and remit them to their respective unions.

Conservatives in the state have been pushing for repeal for some time. Two legislative sessions in a row, legislation has passed the Texas Senate only to be obstructed in the House.

In 2015, Texas’ last legislative session, a bill was filed to end the practice.

Although it passed through the State Senate, stall tactics often used by Straus to kill legislation blocked the bill from advancing.

Using one of the members of his governing coalition, Texas state Rep. Byron Cook, Straus delayed the bill until there was no chance of it passing the full House before the final deadline.

House leadership has a history of holding conservative reforms hostage because of union cash. Though most union campaign contributions went to Democrats, public unions spent more than $1.6 million on Texas legislators during the most recent campaign cycle.

Overall, Speaker Straus received the most of those dollars, bringing the bulk of union contributions during his speakership to over a quarter of a million dollars. After Straus, the second highest Republican was Cook.

Those who control how legislation moves through the House are more than willing to give in to union demands so they can enjoy their continued support. A letter released by one of the unions following the last legislative session shows how much they value Straus and Cook.

“State Representative Byron Cook is Chairman of the powerful State Affairs Committee and is closely aligned with Joe Straus, Speaker of the Texas House of Representatives. Last session, our friend Byron Cook led the effort that stopped further consideration of the bill that would have ended payroll deduction of union dues.”

The letter goes on to urge members to support Cook at the polls for his reelection as he felt his seat was vulnerable.

After the bill to end union dues collection was killed last session, activists spent the interim voicing their desire to see the issue reconsidered.

The state’s Lt. Gov. created a task force to further explore union dues reform, two million primary voters voted overwhelmingly in favor of a proposition to end the practice, and delegates to the state’s 2016 GOP convention passed a plank calling for its end as well.

The proposition, while non-binding, passed by 83 percent to 17 percent, and the convention plank passed by 96 percent.

Even Grover Norquist, president of Americans for Tax Reform, has weighed in on the issue. Norquist sent a letter to lawmakers in April urging them to “vote YES” on the House and Senate versions of the bill.

Legislators had their marching orders, the large majority of Texans wanted them to ban government entities from collecting dues.

As expected, the Senate passed the bill without a hitch. But again, the House was the impediment to its final passage. Indeed, despite being a priority of the governor, it didn’t even receive a committee hearing in the House.

Unions oppose the legislation because they claim it is a “union-busting” measure, but in reality it just stops government from performing a function that it shouldn’t be doing in the first place.

An argument often used is that it is easier and more secure for their members to have dues deducted through government rather than any of the other methods offered by private companies.

That is simply untrue, the notion that government provides a more user-friendly and secure method than the private sector is laughable. Government systems are often the target of data breaches and hackers, many of which are successful.

As a matter of fact, two of the ten largest data breaches happened to Texas government entities.

Aside from those large hacks, the Texas Department of Public Safety, Dallas Police Department, and Texas Police Chiefs Association have all been hacked.

With as many advancements that have been made in online banking, it takes no more than a few clicks, similar to setting up a direct deposit or auto-pay for bills, to sign up for dues deduction.

Some Texas teachers associations, like the Houston Federation of Teachers, are already transitioning its members to a non-government dues collection method.

Starting in August, all 6,000 members of that union will be transferred from the government dues collection program to automated bank draft that will deduct dues after their pay has been deposited in their accounts. If the government system is easier and more secure, why make the transition when there is no state government mandate to do so?

Through their complacency with this current process, lawmakers are allowing government to be involved in a partisan fight.

Unions use dues to pay for lobbyists who often lobby for legislation that negatively impacts small businesses, like minimum wage laws.

Also, they use funds for organizing efforts like rallies and protests like their ongoing, summer-long organized effort called the “Summer of Resistance.” The effort is meant to promote rallies, protests, and demonstrations to oppose Texas’ sanctuary city law.

The arguments made against reforming this practice are selfish, the sole reason Texas unions are fighting to keep it in place is because they don’t want their membership to consciously have to pay their dues. Requiring them to make the decision every pay period, quarter, or year means that members would be more likely to question what benefits they are receiving in exchange for the dues they are paying.

This legislation does not prohibit or limit anyone’s ability to join a union, restrict speech, or actions of that union, it simply requires them to collect their own dues the way that the private sector does.

Because of the state’s biennial legislature, Texans usually have to wait two years to reconsider reforms that their legislators failed to address. This time, they are being given a second chance to address this and many other issues.

With the special session currently underway, time will tell if lawmakers will side with the will of voters or if union influence will prevail.