What This Election Said About America’s Changing Electorate 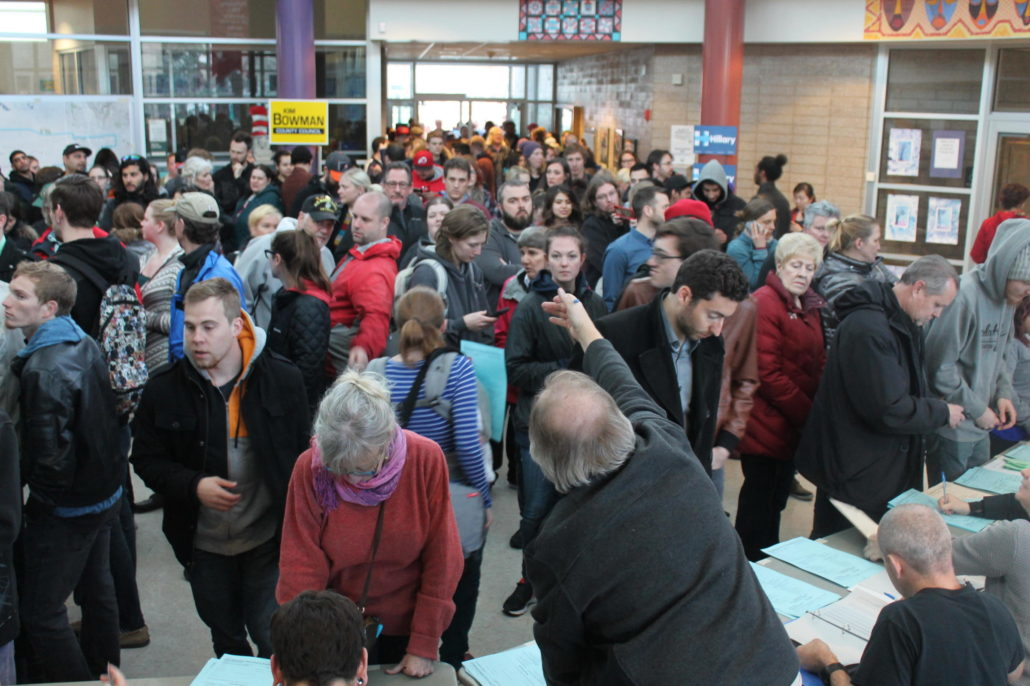 Post-election outpourings by Americans displeased with the results have been strikingly uncomfortable. Voters on the right are calling President-elect Donald Trump’s win a repudiation of Obama’s eight years of policy, while those on the left believe that Trump’s rhetoric and platform has led to an increased racially divided America.

Indeed, those who aren’t happy with the outcome of the election are fixated on what they see as a racist electorate that felt emboldened by Trump’s political ascension and came out to the polls in droves. Trump isn’t racist, in fact he’s more of a Rockefeller Republican – or New York moderate – than anything, he’s probably the farthest thing from racist.

For all that can be said about the presidential election, a look at the down ballot successes across the country tell a story of a continuously diversifying electorate who wants representation that not only thinks like them, but looks like them as well.

From coast to coast, minorities and millennials made unprecedented gains including in some areas that Trump won handily.

Two places that share the same name made history by electing black woman to their top law enforcement posts. Jefferson County, Alabama elected its first black and first female District Attorney. While Jefferson County in southeast Texas elected a black female sheriff, which is a first for not only the county, but the state as well. Interestingly, Jefferson County, Texas had a lot of crossover. Many who chose Trump on the top of the ticket, leading him to win the county, chose the Democrat candidate for sheriff.

South Carolina’s Tim Scott – the first black senator from the south since reconstruction – was elected to his first full term. Scott is only one of two black senators currently serving and is the only republican.

On the left coast, California had its share of firsts as well.

After winning her election Kamala Harris became the first Indian-American Senator and Michael Tubbs, at 26, became the youngest, as well as first black person to serve as the Mayor of Stockton, California.

Also included in millennial election night successes was Lauren Plawecki and Jewell Jones. Both were elected to represent Michigan’s 11thdistrict in its state house. The seat was previously held by Julie Plawecki who passed away unexpectedly. The younger Plawecki, 22, was elected to complete her mother’s term, while Jones was elected to take over the seat at the start of the next term. Jones, a University of Michigan—Dearborn student and Inkster City Council Member (elected at 20) will be the youngest State Rep. ever in the State of Michigan at 21 years old.

In Nevada, Catherine Cortez Mastro became the first Latina ever elected to the United States Senate. She previously served as the state’s Attorney General. Following her win, she tweeted, “I’m proud to be Nevada’s 1st female and our nation’s 1st Latina senator. It’s about time our government mirrors the diversity of our nation.”

Even President-elect Trump had his share of minority backed success. He saw a larger percentage of African American, Hispanic, and Asian American voters than his two republican party predecessors, Mitt Romney and John McCain.

It’s hard to justify the argument that a racist electorate swept Trump into office after seeing the diversity in many down ballot races, as well as the diversity within his own electoral victory. But, what we can infer, since most of the diverse elections were democrats, is that many people broke from the top of the ticket and supported Trump, while supporting many democrats towards the bottom of the ticket.

It reinforces the need for the republican party to expand its pool of voters, rather than just continuing to try to draw out more of its typical support that it has relied upon for elections past. We are seeing changing demographics, growing populations in urban areas, and a significant portion of the millennials increasingly getting politically involved.

Republicans may have won the White House, but without winning down ballot elections, the party will not survive. This election reinforces the need for Republicans to wholeheartedly engage in urban centers with a bottom up approach.