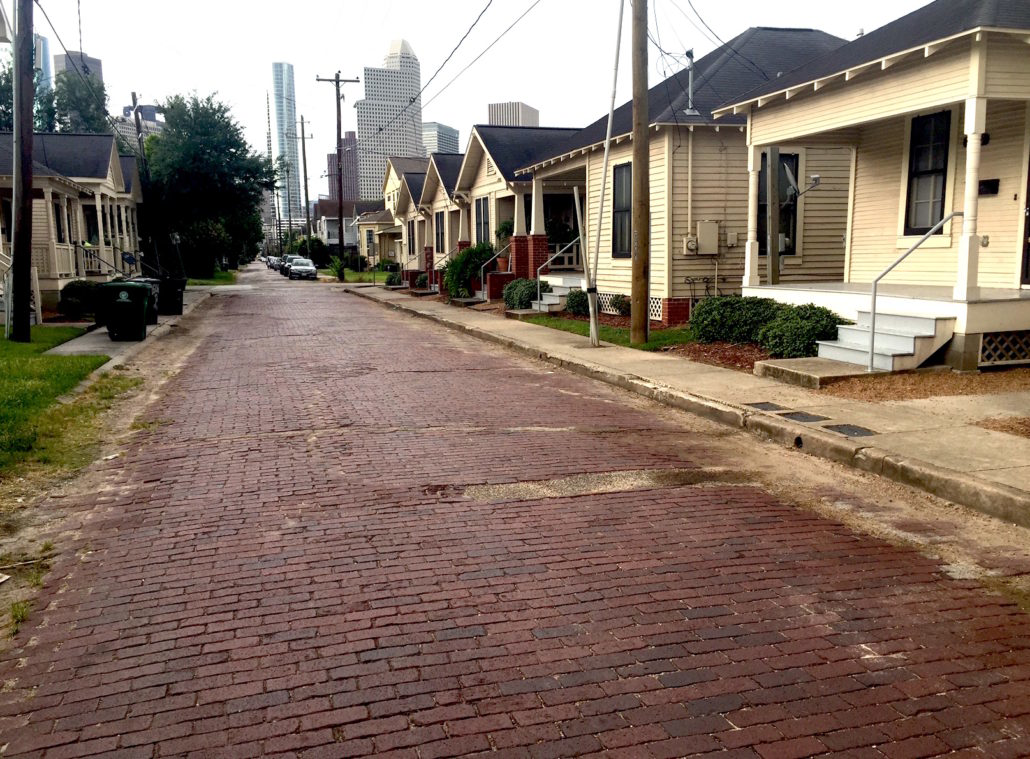 When Houston passed its Historic Preservation Ordinance, supporters promised leery property owners that its passage wouldn’t mean government intrusion in every aspect of redeveloping private property in “historic” areas. Eight years later, it seems as though that has changed.

A few months ago, the Houston Archeological and Historical Commission, HAHC, heard a property owner’s appeal to paint the exterior wall of their private building that is within one of the city’s designated historic neighborhoods. They granted the request, contingent upon him painting it a color that the city chose.

“We told people we wouldn’t dictate what color they could paint their homes,” said HAHC member Sue Lovell during the debate over the request, “and now we are.” Lovell isn’t just an HAHC member, she is a former council member who championed this ordinance.

In 2010, Houston City Council made major updates to its Historical Preservation Ordinance, what some called the most significant land-use changes in the “city without zoning.” The rules prevented property owners from demolishing or altering exteriors of buildings in the city’s designated historical districts without approval from the HAHC.

The building in question is a two-story storefront and the property owner wanted to paint the exterior bricks to match the other walls. The other sides of the brick building had been painted to cover up graffiti, so the owner wanted to make the exterior uniform. He did, and because he had not obtained a Certificate of Appropriateness in advance, he was cited by the city’s code enforcement body last December.

A Certificate of Appropriateness, or COA, is required for any development that would alter the exterior appearance of a historically designated property. Initially, homeowners were advised to preserve the exterior of buildings by not adding rooms to the front of structures. However, according to a local report, the commission’s regulations incrementally crept to include the back of the house and HAHC began exerting its influence over other aspects of development.

Since the owner of the two-story storefront painted their building without a COA, and got caught, they have two options: come to HAHC and ask for a certificate and either obtain it or be denied; or ask for a Certificate of Remediation, COR, during which process HAHC is authorized to impose “reasonable” conditions on them. Though he sought a COA, the commission decided to deny that request and issued a COR.

The city’s website says, “The Historic Preservation Ordinance does not regulate land use, exterior paint colors, interior alterations or landscaping,” and the board’s attorney said “it may be that we’ve agreed to never dictate paint colors, I don’t think in this case that staff has dictated a paint color, he’s expressed a general concept of what the commission might like to see.”

While the commission stopped short of demanding the property owner paint their property a specific color, they made it clear that if he wanted approval to move forward, he had to take their “recommendation.” Regardless of the word choice, the message was clear.

“We could tell somebody, and hold them to it, saying if you don’t paint it this color we want, we’re not going to give you your certificate of remediation?” asked Lovell. The board attorney responded by saying that without setting clear and uniform design guidelines they were starting to “go down a slippery slope,” but nonetheless they continue to move forward with the decision.

“I still think painting the brick something similar to the original color is a better solution than letting them pick whatever color they want if they’re not going to take the paint off. So I want to make a motion that we give them a Certificate of Remediation contingent on a paint color that’s acceptable to staff,” moved HAHC member Ben Koush.

Lovell pushed back, citing the attorney’s original point and the original intent of the ordinance, saying “I’m going to really fight on this because when we went out on this original ordinance in 2010 we promised people we would never tell them what color they could use on their homes and here we are saying we will pass something if you will paint it the color we want,” she continued, “I think that’s totally inappropriate.”

Koush and others argued that because the owner painted the building without pre-approval of the board, it is within their jurisdiction to, in effect, punish them by forcing them to paint it back to a color that resembles what it did before.

“Commissioner Lovell, these people painted their building without approval of the HAHC and we’re trying to find a happy medium, so if they had come to us at the beginning we never would have told them to paint the building in the first place,” said member Stephen McNiel.

“We promised people a certain thing and I think we need to keep our promise,” said Lovell.

This isn’t the first time that the HAHC has relied on its whims instead of the powers explicitly delegated to it by council, and it’s also not the first time Lovell has found herself at odds with the enforcement of the ordinance she championed.

Though she now sits on the board, Lovell was on the opposite side of the commissioners table a few years ago fighting for property owners, telling the paper at the time, “Then they come to the commission and the commission says, ‘Well I don’t want it set all the way back; it’s taking up the whole backyard,” talking about the commission’s decision to start regulating not just building fronts, but what owners built in the back as well.

At the time, former Mayor Annise Parker said the problem lied with the commission itself, not the ordinance or the staff. Parker said there were activist commissioners who were hijacking the process, and that it’s worth questioning if that’s happening again.

As City Council oversees this board, they should reign in the HAHC commissioners’ ability to interpret rules and ordinances and instead streamline the process so that there is more predictability for property owners, developers, and builders who come before the commissioners. Houstonians should be concerned: if the commission can move from regulating setbacks to exterior colors without drawing much concern, how can anyone be reassured that the unelected board’s powers won’t encroach further on their property rights?