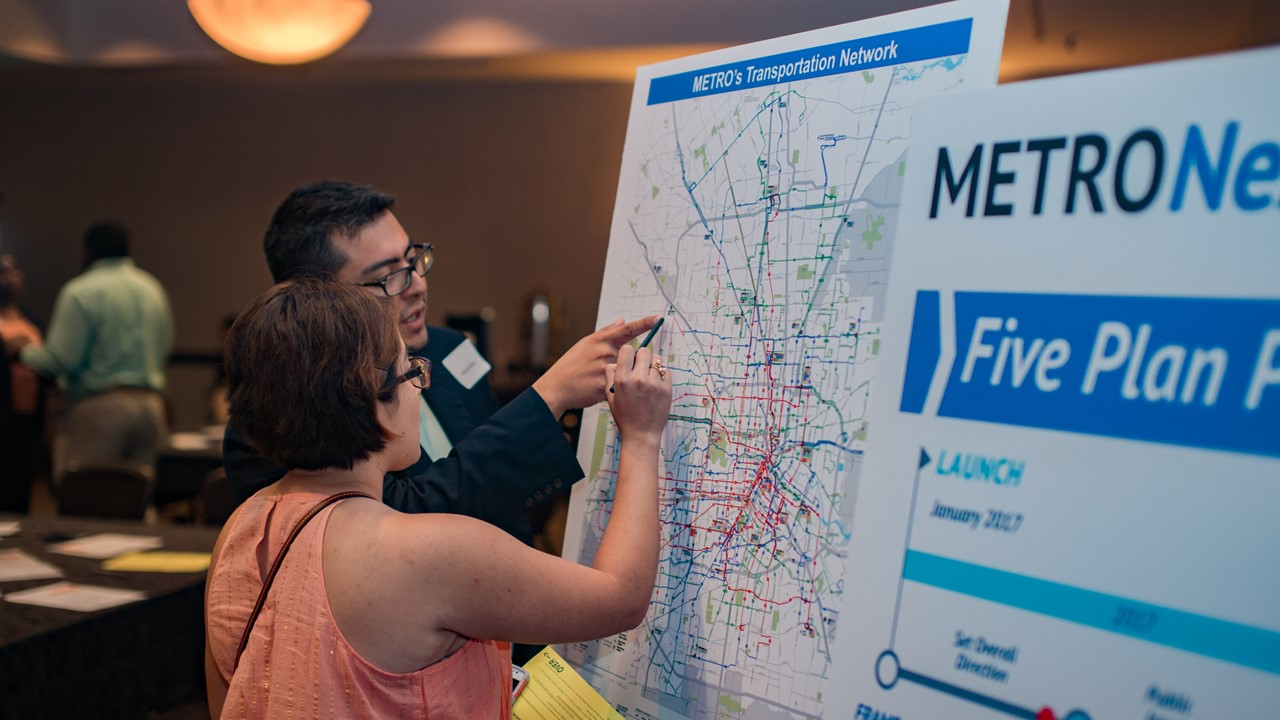 This CityLab article implying that the Houston Metro area is reaching a size (7m) where it is in significant danger of tipping into much lower or even negative growth like NYC, LA, and Chicago (see the graphs). 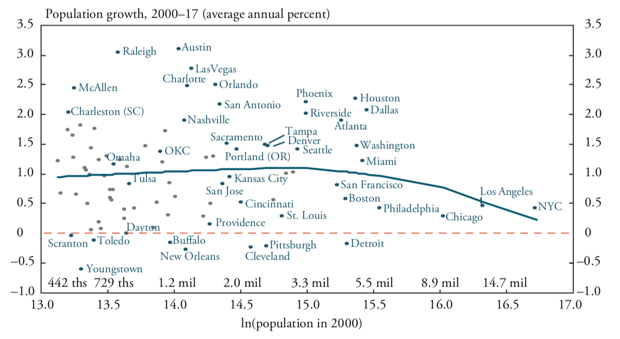 Rice University’s Kinder Institute argues we’re already there with recent slower growth compared to Dallas, but I think that may be more a matter of temporary factors like the most recent oil crash and Hurricane Harvey.

In any case, continuing to grow is going to get harder and harder for Houston.

“For large, dense places, the key is to deal with the diseconomies brought on by density by alleviating traffic congestion through investments in mass transit or congestion pricing; or by reducing housing prices by eliminating land use restrictions, building more housing, and providing more affordable housing.”

We’re doing the latter reasonably well but need more of the former.  LA is headed this direction as well:

“Los Angeles imagines transforming itself from a carpocalypse into a transitopia, with free public transit gliding past traffic in dedicated bus lanes.”

This fits with an aspirational goal I’ve been pitching to Metro, where its organizational mission would be to offer half-hour or less express trip times from every park-and-ride and transit center to every major job center and both airports using a network of MaX Lanes in collaboration with TXDoT and Harris County Toll Road Authority (with vehicle size and frequency tailored to demand).  It’s a very big goal – Metro’s Moonshot, if you will.

What’s exciting now is that at the last MetroNext board workshop (which I was able to partially attend), Metro showed a new alternative Hobby airport light rail plan that consolidates two lines into one and saves about $800 million, which would be available for new investments.  That money could go a very long way towards reducing fares to attract new riders from their cars – especially to the Park and Ride commuter buses – and reducing congestion (I’d propose either free or $1 rides systemwide). That money could also be used to ramp up the service to meet the increased demand and work towards the Moonshot goal.

It’s my sincere hope that Metro seizes this amazing opportunity to think big and outside the box to pursue this bold moonshot with the newly available resources.  It’s not exaggerating to say that Houston’s future depends on it.