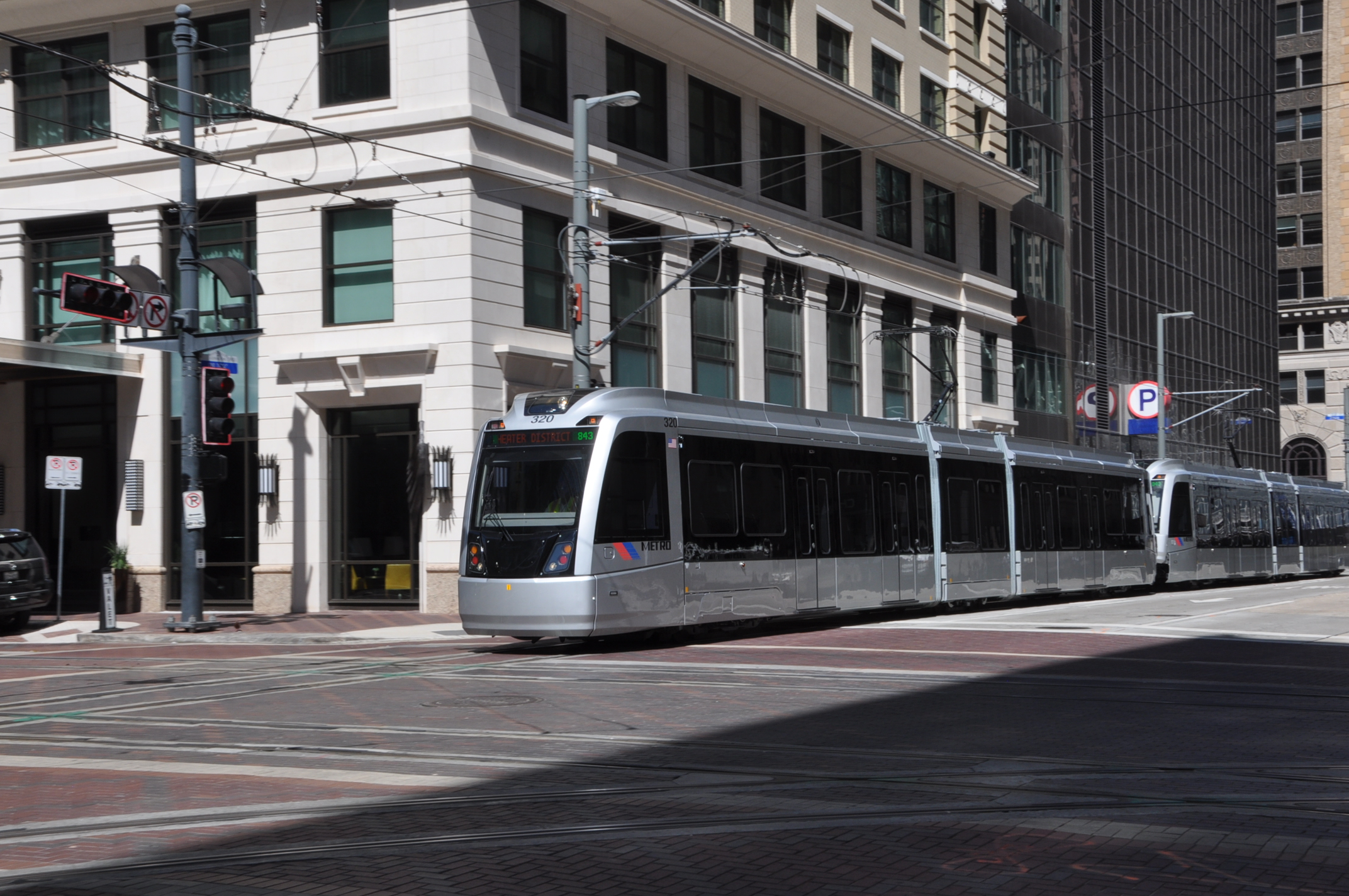 Metro’s ambitious plans for light rail expansion have been scaled back to one goal: connecting to Hobby Airport. Metro has proposed both an $881 million, 7.4-mile extension of the Purple line that would garner an estimated 2,800 riders per day, and a 6.4-mile, $900 million extension—slightly costlier but picking up higher ridership, an estimated 4,400 riders per day.

A more recent proposal would even connect both the Green and Purple lines to the airport, with both lines joining on Telephone Road for a three-mile shared segment into the airport, for $1.1 billion and 6,600 daily riders.

Airport travel is a hassle, and many Houstonians may think that a train to the airport may come in handy for them someday. Nevertheless, a light rail line to Hobby would be a poor use of their money. All of the options for rail to Hobby would be expensive compared to their ridership. Even the combined line, which has the lowest cost per predicted daily rider according to Metro’s own predictions, would still come in at about $167,000 per daily rider, several times what projects typically cost in Europe. The most expensive option, the Purple Line extension, would cost $315,000.

Most transit agencies would consider these costs far too high. The transportation journalist Alon Levy has noted that typical costs for full subways in Europe are around $10,000 to $25,000 per daily rider, and costs for new trams in Paris are typically less than $10,000; one planned subway line in Paris that will cost $49,000 per rider is widely opposed on cost grounds. One should also not ignore that ridership estimates for airport connectors in other cities, such as San Francisco, are frequently far too optimistic.

A light rail line would also be overkill for the neighborhoods it runs through. Much of the likely path of a Purple Line extension, along Mykawa Road, would run through undeveloped land, or through pedestrian-hostile industrial zones filled with low-value, space-consuming industries such as auto repair shops and distribution centers. A Green Line extension down Broadway would do hardly better: except for a few blocks of denser development near the airport, most of the surrounding development is low-density single-family homes and retail.

For improving service to Hobby Airport, Houston Metro has a much faster and cheaper option: express buses.

Currently, bus route 40, the only direct bus line from the airport to downtown, takes a scheduled 55 minutes to cover a distance that is less than 9 miles as the crow flies. An express bus alongside Interstate 45, however, could easily make the trip in 20 to 30 minutes—substantially faster than light rail, which currently averages only about 15 miles per hour. Buses could make the trip this fast even during rush hour: Interstate 45 has a separate HOV lane all the way from the airport to downtown, and adding an entrance at Airport Boulevard for express airport buses would just require repainting a few lane markings. Special-purpose express buses could also be fitted with luggage racks, which would compete with rush-hour commuters for space on light rail trains.

METRO has run at a deficit for the last three years; in fiscal year 2018, the agency spent $1.02 billion and took in only $910 million of revenue—83 percent of which came from a dedicated sales tax, not passenger fares. Additionally, low-ridership light rail lines would not only require Metro to take on debt to construct them, but would also permanently increase its operating expenses to pay for maintenance; any plan to build more light rail should thus be carefully scrutinized. But regardless of whether Houstonians find light rail expansion a worthy cause, they can almost certainly find better uses for their money than an airport connector that is almost certain to go nearly unused.

Connor Harris (@cmhrrs) is a policy analyst at the Manhattan Institute for Policy Research in New York.