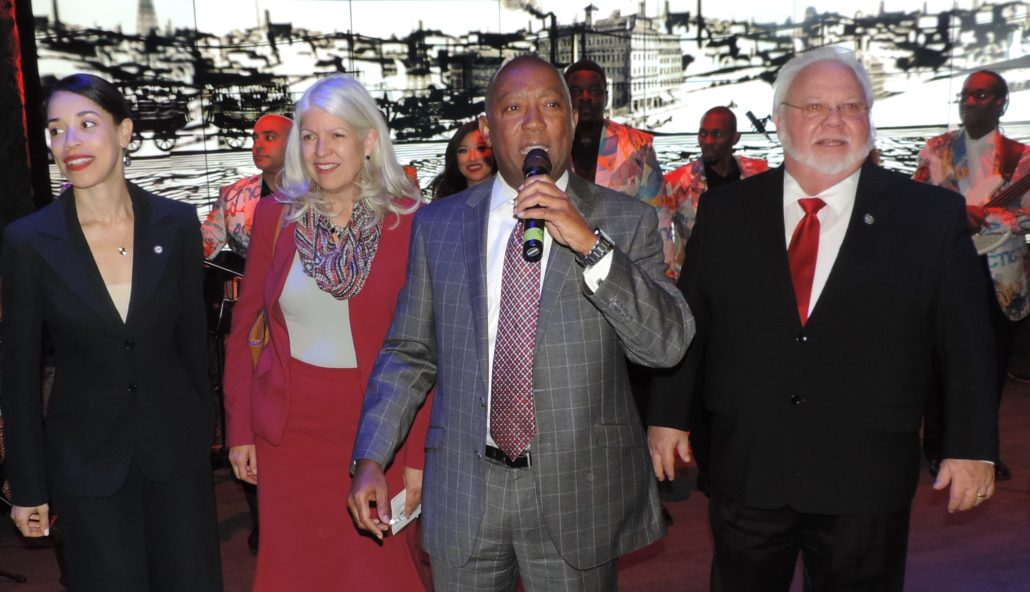 Houston Mayor Sylvester Turner spent more than $10,000 on a holiday party for members of the media, according to documents from the mayor’s office.

In December, Turner hosted his annual “Mayor’s Media Party” for city officials and select members of local and state media. Records show that after a $1,200 bill reduction by vendor Melange Events, the amount the city paid for liquor, staff, and food was $10,847.97. The city also paid $2,5000 to Show Business Entertainment for the party, bringing the overall tax-funded total to $13,347.97.

The mayor’s office responded to questions about the party by saying the space was donated by the Houston Museum of Natural Science and the event was paid for by the non-profit Houston Civic Events, Inc., insinuating there was no cost to taxpayers.

That couldn’t be further from the truth.

Houston Civic Events, Inc. is headquartered on the first floor of 901 Bagby Street, City Hall, and the director is Susan Christian, the director of the Mayor’s Office of Special Events.

Other records say the city created the non-profit to “support the delivery of a wide range of event services through Houston’s Civic Celebration Program,” and as a local government corporation, the non-profit receives “General Fund revenues, Hotel Occupancy Taxes (HOT) and other monies as budgeted by City Council.”

The organization was created to “achieve greater transparency around finances for special events,” ostensibly to be a dedicated revenue source to encourage civic celebration, not to serve as a slush fund for the mayor to host parties for members of the media.[/vc_column_text]

The party’s 200-person guest list included council members and other city employees, Houston First employees, guests of the mayor, and, of course, a who’s who of local and state media. It’s hard for the administration’s alarms over budgetary concerns to be taken seriously by taxpayers when the mayor is simultaneously spending funds on media holiday parties and other unnecessary expenses., and the Tribune.

Just in the past few months, the city launched a search for a $20,000 poet and approved $3 million for live music in the airport and $24 million for artwork in the airport and general services department. On top of that, the mayor attempted to justify approving a property tax rate increase on Houstonians, the first one in a decade.

To be clear, all of these funds and funding sources are different, and many are dedicated to specific categories like the airport or entertainment, so they’re not as fungible as they may seem. But taxpayers should ask if those funds are being used as efficiently and effectively as possible within their respective categories. For instance, is a Christmas party for the media the most efficient use of tax dollars that are earmarked for civic engagement?