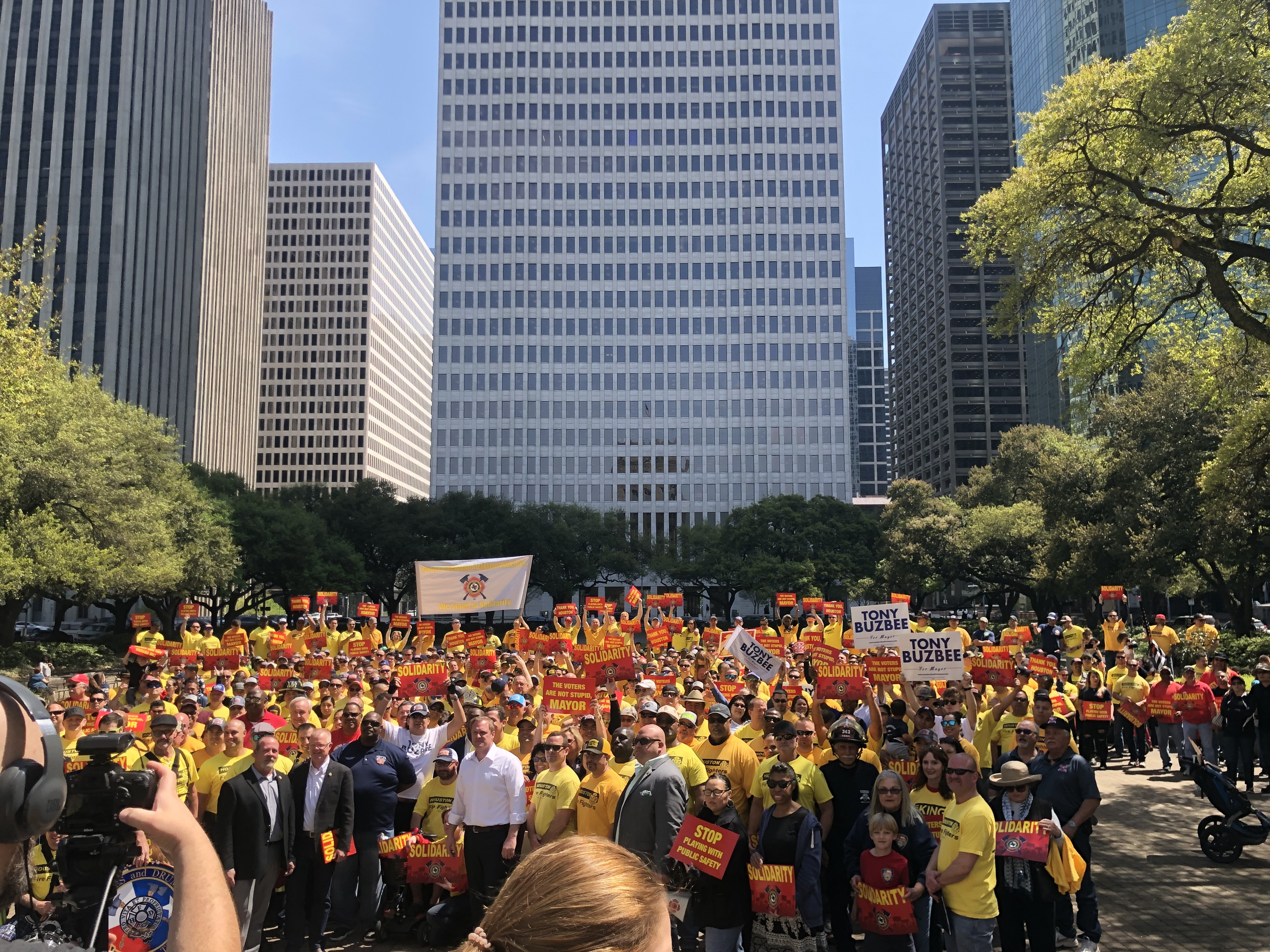 The plan was proposed by Turner as a way to free up funding to pay for the implementation of the voter-approved Proposition B pay parity measure. Included in the proposal is a shift from four firefighters per shift to three and other force reductions though the administration contends that the reductions will not have an impact on service.

The city is also in an ongoing, non-binding mediation with the Houston Professional Firefighter Association and the Houston Police Officers Union. The court-ordered mediation is intended to find a solution to the pay parity standoff. Their next meeting isn’t until April 29, but Turner said that if a solution is reached council will revisit the layoff proposal.

During today’s conversation, numerous proposals were rolled out to attempt to delay or avoid voting on the layoffs.

Council Member Mike Knox pushed to send the agenda items back to the administration to reconsider, Council Member Amanda Knox suggested calling a special meeting immediately following next week’s mediation to revisit the topic, and Council Member Martha Castex-Tatum suggested offsetting the layoffs with retirements. None were acceptable to Turner who insisted that council had to vote on the item today in order to approve a balanced budget by July 1, the start of the next fiscal year. The city is required to send a 60-day notice before layoffs and Turner contends that any vote done after today would have been too close to the cutoff.

In response to the vote, the Houston Professional Fire Fighters Association released the following statement:

“In one of the most reckless political stunts in Houston history, the Houston City Council has gutlessly voted, 10-6, with Mayor Sylvester Turner to lay off hundreds of firefighters. We are grateful to Council Members Boykins, Laster, Knox, Kubosh, Le, and Stardig for their courageous resistance against the political pressure from the mayor. The other city council members that voted with the mayor are more focused on protecting their pet projects and political cronies than on protecting citizens. Having manufactured a city fiscal crisis in a tantrum of Proposition B, the mayor has become an out-of-control, unaccountable political fraud. His failed leadership and relentless political and legal attacks on firefighter families will now put the communities we serve at risk. From his Prop B, lies to the phony fiscal crisis and city hiring ‘freeze,’ during which he hired hundreds of police and municipal employees, Sylvester Turner’s legacy will be spending secretly hundreds of millions of dollars on his pay-to-play political cronies, friends and family while ignoring his most basic responsibilities as mayor. Contrary to what the mayor and fire chief say, reduced fire and EMS coverage will endanger Houstonians. Now, we also will lose hundreds of taxpayer-funded, HFD-trained firefighters. Third-rate politicians are destroying our world-class fire department. Our association is now focused on helping firefighter families that will be affected by the mayor’s vindictive layoffs and on raising awareness of public safety risks imposed upon Houston by the mayor’s complicit city council members. We will help community leaders hold them accountable for their failed leadership.”

The layoffs could be reversed if a deal is struck in mediation though that seems increasingly unlikely. When asked how mediations were looking when he left yesterday’s session, Turner said, “Not looking good. Not looking good.”