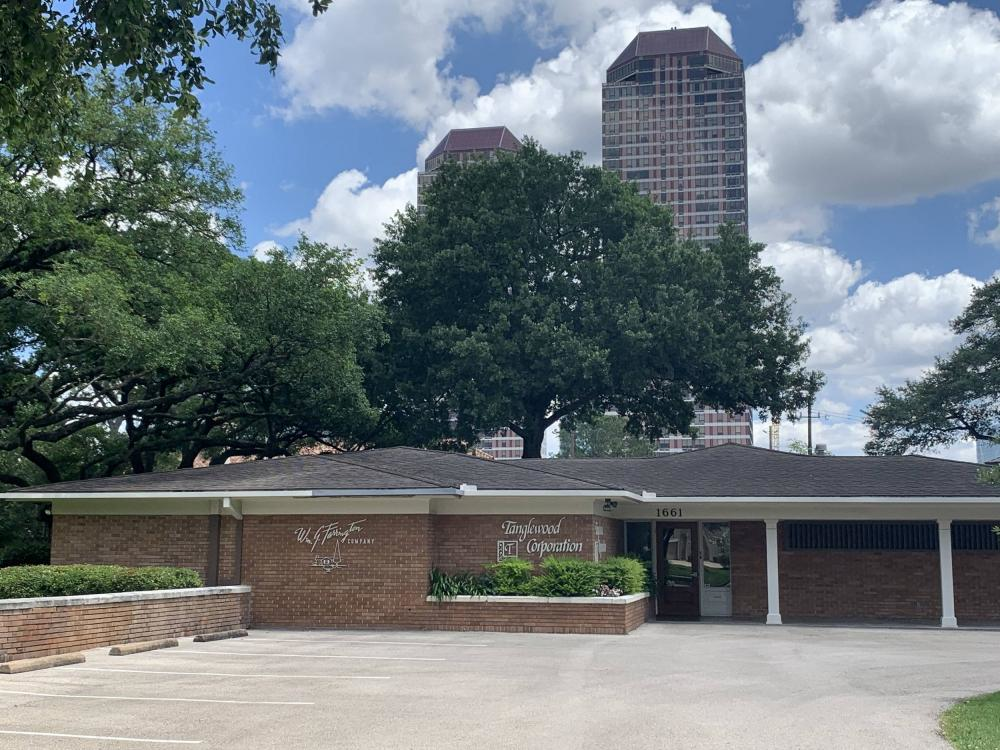 The site of the proposed tower is 1661 Tanglewood Boulevard, at the entrance of the community, where the corporation held its headquarters for 70 years. The corporation plans on redeveloping the lot to build a residential tower which, according to the suit, would be in direct violation of the restrictive covenants.

The restrictive covenants for Section 5 include requiring the land to remain used for residential purposes but they expressly exclude “duplex houses and apartment houses.” The group also says that it is in violation of amendments to the covenants passed by homeowners in 2002 and 2018. The 2002 amendments made Tanglewood’s new restrictions uniform “in all respects” and included a 38-foot height limit (42-feet for chimneys), rules regarding window placement on the 2ndand 3rdstories of homes, and rules regarding air conditioning and pool equipment placement. All of which, the association alleges, would be violated. The 2018 amendment limited property owners to only building 1 residential dwelling on a lot and prohibited any lots from being “further subdivided.”

The association is asking the court to rule that the property is bound by the covenants and that construction is prohibited without the explicit written approval of architectural and construction plans by the association.

*We reached out to the Tanglewood Corporation but they were unable to comment because of the pending litigation.