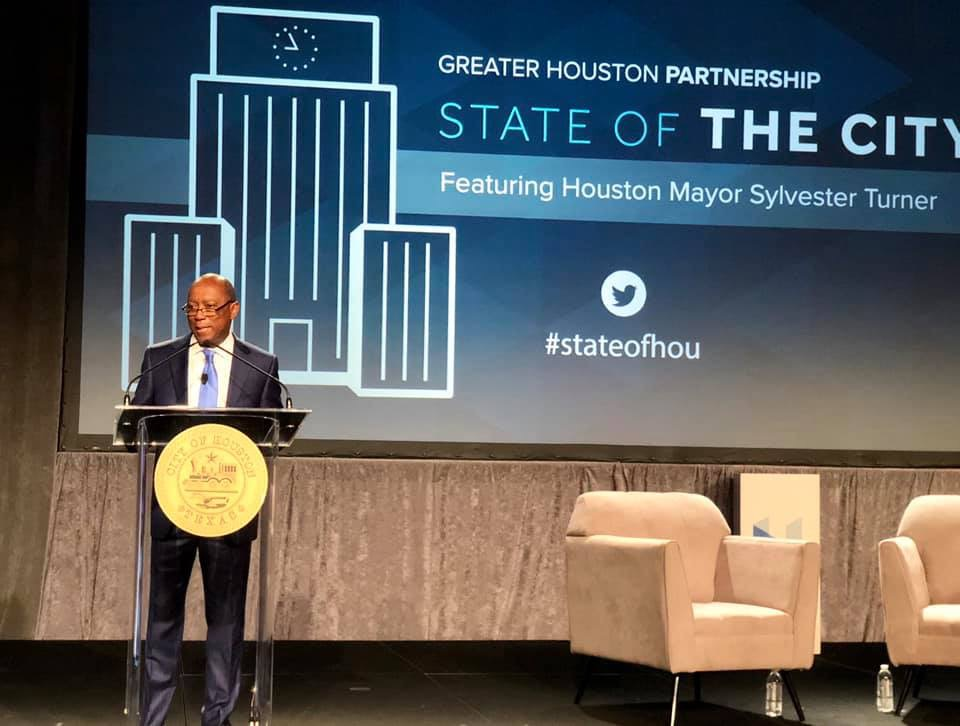 Mayor Sylvester Turner delivered his fourth State of the City address this week, discussing everything from the 2020 budget and fire fighter pay parity, to complete communities and the opening of a new Astroworld-like themed park in collaboration with rapper and Houston-native, Travis Scott.

Turner opened by proclaiming that his pension reform effort last legislative session has led to the city’s unfunded pension liabilities being cut in half from $8 billion to just over $4 billion now and went on to say, “we are fully paying the annual pension costs for the second year in a row.”

He also announced that his proposed 2020 budget, which he considered balanced despite claims noting otherwise from critics, will fund 5 additional police cadet classes. Shortly after, both of his opponents, who held their own state of the city speeches, criticized him for the higher crime rates under his administration.

Turner also strongly, and repeatedly, endorsed Metro’s upcoming MetroNEXT bond saying, “Everyday, Monday through Friday, the daytime population of our city increases by 27%. We are losing too many productive hours on our street,” he went on to say, “Metro will put forth their MetroNExt plan in November for your consideration and I strongly hope you will give it your full support.” He reiterated that ask during the “fireside chat” that followed with Scott McClelland of HEB.

“Every day in the city of Houston, the daytime populating increases 27%. It’s like putting the city of Nashville or Atlanta in our city, we need multimodal forms of transportation. We have to give people options.” He called for more options for pedestrians and bikers, more HOV lanes in and out of the city, more light rail and bus-rapid transition, and said eventually, to be competitive, rail needs to extend to the airports. “Either we go bold, or we stay home and I’m hoping in this election in November, the MetroNEXT program will not be a political statement where we stay safe within our zone.”