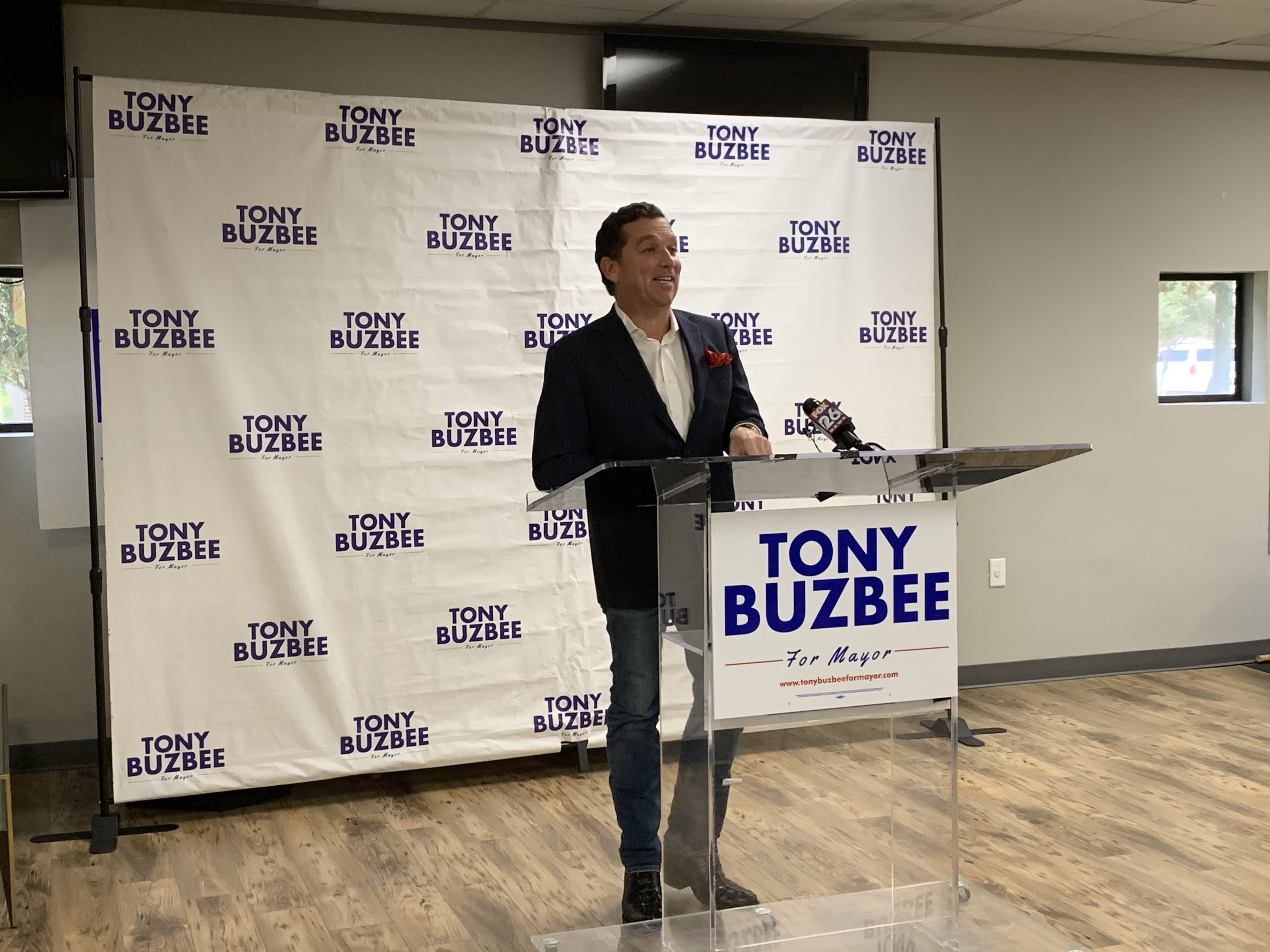 Kicking off the second week of Early Voting, Mayoral candidate Tony Buzbee held the first of three press conferences talking about his ethics plan and a data dive his campaign did into Mayor Sylvester Turner’s campaign finances.

“We intend to have, hopefully, three press conferences this week,” he said, “culmination of a very lengthy, a very detailed, a very intensive review of contracts that the city has awarded to vendors and also people that have donated to his current mayor.”

The conference followed and referenced a recent Houston Chronicle article which detailed links between campaign contributions and vendors awarded city contracts. However, Buzbee said that the Chronicle’s numbers were much lower than what his own investigation found.

The Chronicle determined that 41 percent of campaign contributions Turner received in his two mayoral campaigns were from city vendors, Buzbee claims that his investigation determined the number is nearer to 60 percent, saying that the paper didn’t investigate as extensively or intensively as they did.

Buzbee said they also found that 25 percent of donors failed to indicate employment, of those that did list employers, many misspelled the employer name or used a DBA (Doing Business As) name for the employer. He also found that 37 percent of donors don’t live in Houston or the general area and 30 percent are presidents, CEOs, or principals of businesses doing business with the city.

“He relies on donations to fund his lifestyle and now as mayor he has taken this lifestyle to a new art form,” Buzbee said, “I’m not suggesting…that Sylvester Turner is the first mayor in the country to act in this manor, but I would suggest he has taken it to an art form.”

Buzbee rolled out an ethics plan, saying his administration wouldn’t appoint anyone to a position who didn’t agree with it.

His plan includes a one-year contract ban for anyone who contributes to a local elected official or candidate, a policy that he has mentioned before. He also would require requests for proposals to list anyone who could potentially benefit from a contract, like lawyers, lobbyists, and consultants, and he would prohibit any appointed board member from contributing to a candidate or elected official and refuse to appoint lobbyists to city boards. Buzbee also discussed strengthening lobbying disclosures and enhancing penalties for failure to adhere to the new requirements.

Turner has long brushed off pay-to-play claims by saying that he operates under the same rules as previous mayors have. While that may be true, according to the analysis done by the Chronicle, and the information Buzbee’s campaign announced at their press conference, a large share of his funding is derived from people or entities with business before the city, something taxpayers should take notice of.