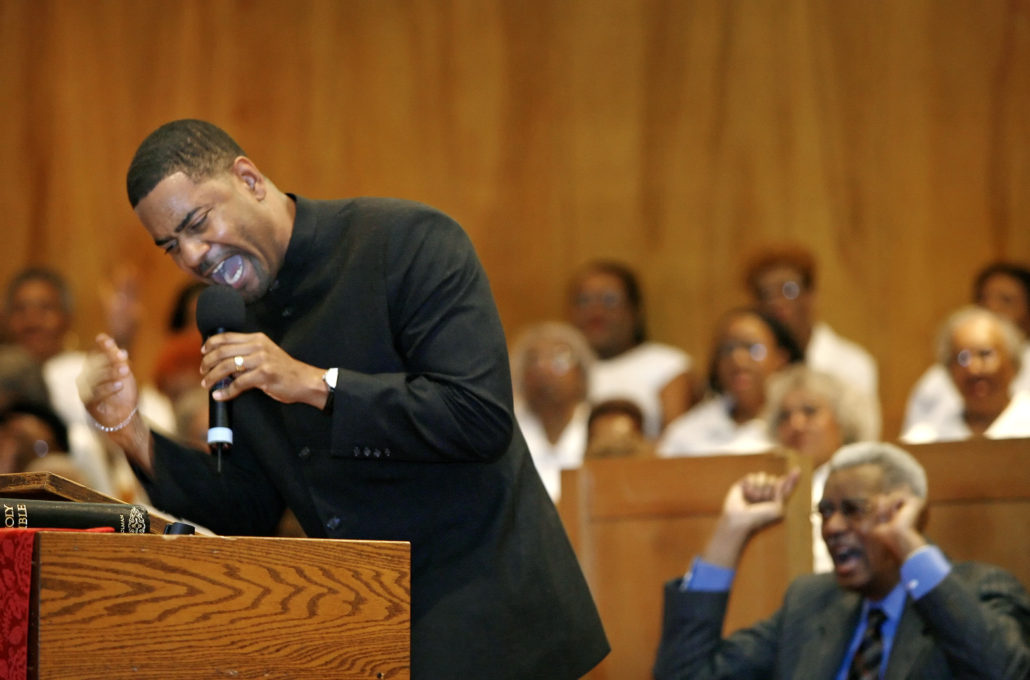 Politics and the Black Church

Traditionally, black churches have carried significant political weight, primarily due to their ability to mobilize the largest bloc of African-American voters. But, in recent elections these churches have watched their power diminish, in large part because of their failure to recognize the implications of their political decisions.

The divide is two-fold.

Black churches are losing clout with their base for their steadfast support of politicians whose values are often at odds with their parishioners.

As a result of diminishing credibility, they are losing political power — they are no longer able to muster up and deliver, as they once were, the support of the African-American bloc of voters. Make no mistake, regardless of generational shifts, the largest gathering of black Americans still takes place in churches across this country every Sunday morning. But directives pushed from the pulpit on Sunday mornings don’t necessarily translate into votes at the polls any more.

The ability to mobilize millions of black American voters — the source of their political might — began during the civil rights era.

During this significant time, churches became the epicenter of the black equality movement. They provided a safe haven for strategy sessions for rallies, protests and marches, which they also hosted and organized. For activists who lost their lives, they provided a place to mourn their deaths. This emboldened their political power.

Throughout this time, and because of the battles raging across the country, many of these churches began to align themselves with Democrats, and churchgoers followed. This happened despite a deep divide on social issues, because Democrats were advocating for reform in the areas of education, affirmative action, criminal justice, healthcare, and job creation — many of the same issues black churches were passionate about.

But as time progressed, the church continued to support Democratic politicians who increasingly failed to stand up for values that many black Americans align with. Black churchgoers are largely anti-abortion, pro-traditional marriage, and pro-Second Amendment, especially those in high-crime areas seeking a way to protect themselves and their families.

But it’s more than that. The church continued to support politicians who, despite their campaign rhetoric, did nothing to enhance the lives of those in inner cities. These church-backed politicians supported changes like increased regulations and occupational licensing, higher taxes on already cash-strapped communities, more spending on frivolous government boondoggles, and loose immigration policies that negatively impact communities of color.

One of the most highlighted instances of this betrayal was former President Clinton’s 1994 crime bill. Although he enjoyed heavy support from black churches and voters, Clinton pushed legislation that had a negligible effect on crime rates but had a devastating impact on many minority communities. Policies like the “three strikes” provision, and other tougher incarceration provisions that disproportionately impacted those in inner cities were ushered in under this bill and ravaged communities that blindly supported him.

An example of the growing inter-church divide was seen leading up to former President George W. Bush’s reelection for his second term. Many black clergymen vocally supported Bush, saying that they agreed with the Republican Party on many social issues. But this support came from various factions rather than black churches as a whole. The battles took place in pulpits, conventions, and even in public debate.

The fact is, the plight of inner cities falls at the feet of Democrats who have long held control over them, and have enjoyed political support from these same groups.

If issues were viewed independent of party labels, black Americans would be surprised to find that the group as a whole tends to lean more conservative than liberal. As these problems continue to persist in inner cities and minority communities, that sentiment will only grow.

Unless more leaders in the black church recognize that blindly supporting one party, which has done nothing to earn that support, is not benefiting those that they serve, the church will continue to lose its political influence.