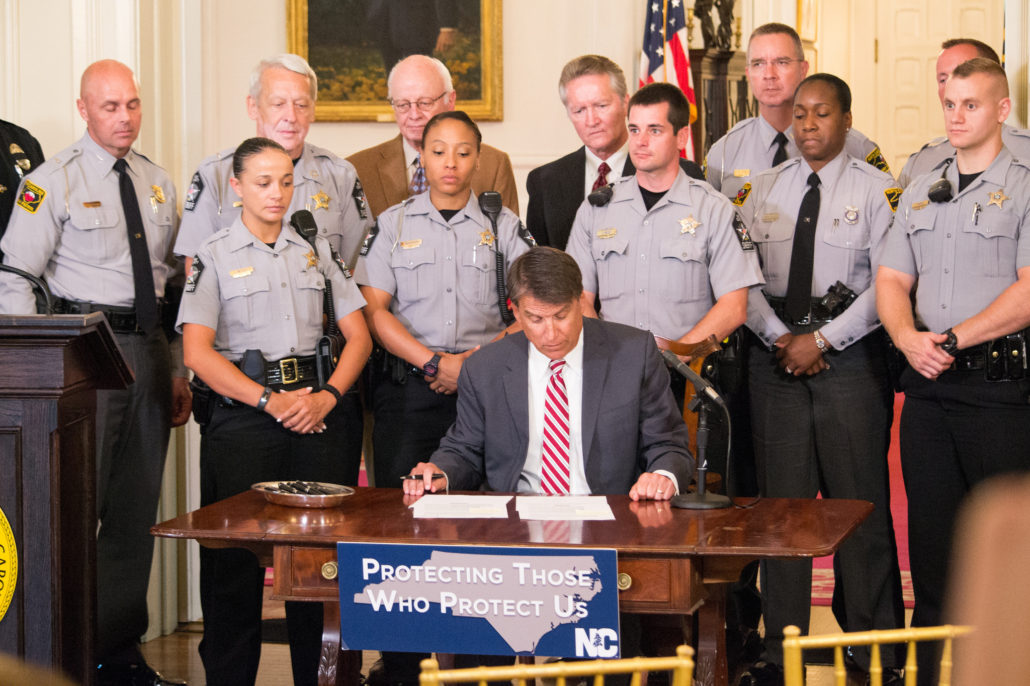 Under the new law, citizens who are recorded by a police body or dash camera can only view the footage at the discretion of the police chief or sheriff, or by obtaining a court order. Further, shrouding the footage in secrecy ensures that it will not be in an officer’s personnel file.

So, in short, North Carolina is stating that any citizen, who doesn’t have a police or sheriff department connection, or the means to compel a judge to release it, has no right to such footage.

“Protecting those who protect us while promoting uniformity, clarity, and transparency,” tweeted the governor.

The thing is, law enforcement doesn’t need protection in regards to access of public information. As a matter of fact, this new law works in the exact opposite sense, giving credence to the complaints of an already apprehensive public. And I’m still trying to figure out how limiting access promotes clarity and transparency into a very opaque borough.

In a time where the growing discontent between communities and public safety officers has lead to violent and irrational explosions, North Carolina’s legislative body decided to take a backwards approach to fix the problem.

In a statement McCrory said, “[The law] seeks to gain public trust while respecting the rights of public safety officers.”

Police are the enforcement arm of state and local government, meaning they are public employees paid with tax dollars. The equipment used is, by extension, public equipment purchased with tax dollars. Public safety officers should not have a right to withhold public information from citizens. Restricting access to information rightfully owned by the taxpayers of North Carolina does not bolster public trust.

This seems as more of a gift to law enforcement unions than an actual attempt at increasing government transparency and accountability. To be sure, the responsibility of this does fall on McCrory. While it was passed by the North Carolina legislature, he had the option of vetoing such legislation as any executive can, but he chose to usher it in and North Carolina residents should remember that during his reelection.