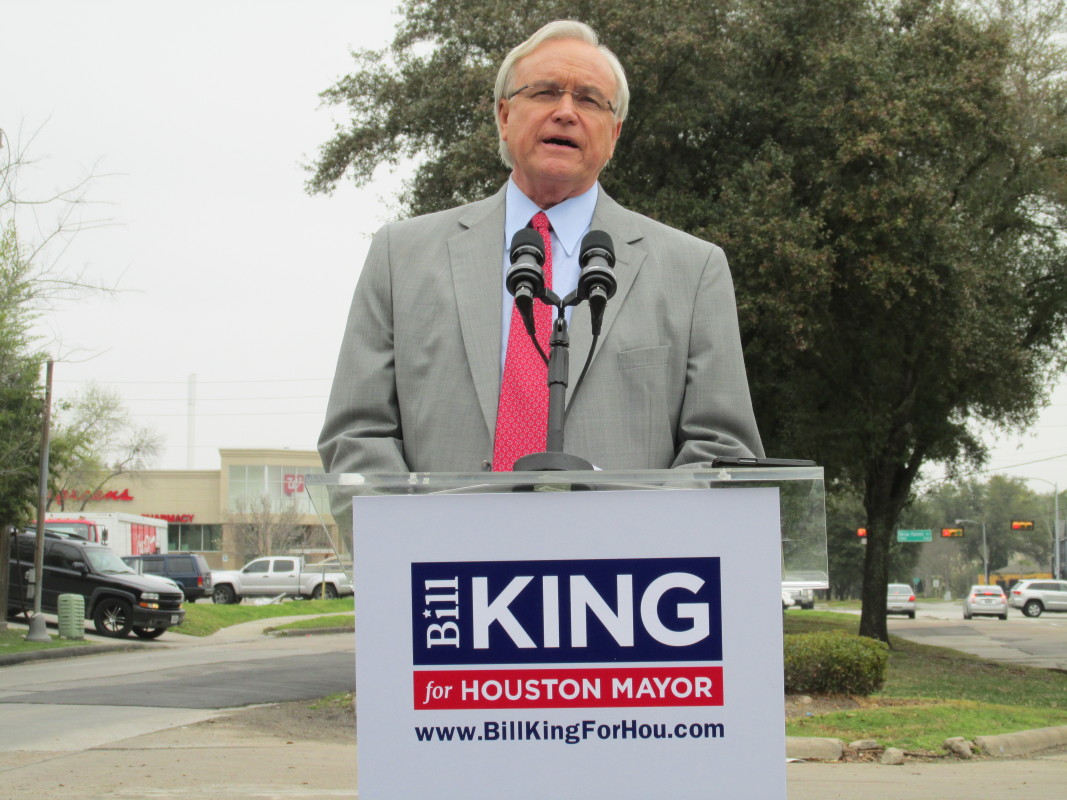 Just ahead of Election Day, mayoral candidate Bill King held a press conference in Kingwood rolling out his plan to address chronic flooding in the area.

He focused on the need to dredge the mouthbar – a sandbar at the mouth of the San Jacinto River – and the city’s failure to do so, so far.

“The contractor for the Corps/FEMA has been waiting for months for the City to get its act together so it could continue the dredging and remove the mouth bar,” he said. According to King, the contractor has given up and began removing equipment from the Lake Houston area.

Kingwood residents pay more than $100 million annually to the city in taxes and other fees and, according to King, the city hasn’t spent money to dredge the mouth to Lake Houston.

Because of the city’s perceived failure, King rolled out his plan to address the issue as soon as he takes office.

His plan calls for an immediate allocation of up to $10 million from the city’s Storm Water Fund for ongoing dredging on an annual basis.

Every budget while he is mayor will include $10 million for maintenance dredging and he would immediately authorize hydraulic modeling to determine the best location for dredging to best maximize flood mitigation efforts.

“It is frankly absurd that these actions have not already been taken,” King said in an email, “The City should have been doing routine maintenance dredging not just for flood control, but also to protect the fresh water supply for 3 million people. Its failure to do so is gross negligence.”